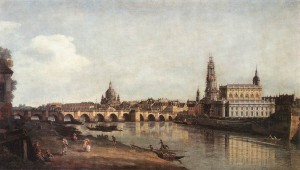 Under Johann Pisendel’s enlightened leadership, the Dresden Hofkapelle became “the best orchestra in the world” in the time of Bach, for its examplary discipline, its rich instrumental colours, the individual qualities of its virtuosos and the diversity of its repertoire. It is in Dresden that French and Italian style united and gave birth to the Goûts Réunis.

To our modern eyes and ears, the Dresden  orchestra appears as amagnificient and true European symbol in its constitution, its style and its repertoire… Les Ambassadeurs pursue a mission of rediscovery : bringing back to life the still-asleep master-pieces means a true and deep understanding of what musical philosophy brought the Dresden Hofkapelle to the highest level of execution.